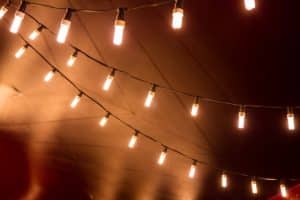 Community theatre is one of the most important and under-heralded cultural resources in most communities. Besides being an outlet for creativity, it also acts as a gathering place for ideas, different outlooks, and it’s almost always a beacon and source of community pride.

Because Niagara Falls is one of the most-visited destinations in North America, locals and visitors never want for entertainment — much of it world-class. Even if we weren’t able to attract the best and brightest stars from around the globe however, there would still be plenty of excellent creative activity going on here, especially in theatre, dance, and other forms of live art thanks to the Firehall Arts Center. So come to Niagara Falls and experience it for  yourself.

It all started back in the fall of 1961, when the Niagara Falls Music Theatre Society was formed. Chartered as a non-profit community theatre in 1963, the group’s first productions were held at Niagara Falls Collegiate Vocational Institute’s auditorium. In 1967, however, the group was able to secure the Walnut Street Firehall. Initially used as just a rehearsal space and performance space for one-act plays, in 1975 the space became the Niagara Falls Music Theatre Society’s official home, and they renamed it the Firehall Theatre.

The space needed renovation, so even though the group continued to rehearse and put on productions throughout the year, they also worked to convert their home into a true theatrical space. They undertook an addition that included a box office, a lounge area, and a coatroom, financing the work through funds secured at the federal, provincial, and city levels. The society’s members donated much of their own time, resources, labor, and energy to the projects, as well. The renovations and addition were finally completed in 1982. 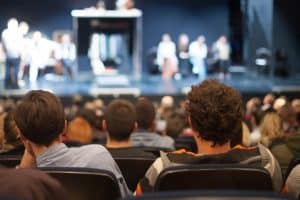 Firehall Theatre runs on the passion and work of dedicated volunteers. Many different people from the community are involved throughout the season. Direction, lighting, acting, choreography, music, set design, set building, costumes — without the hard and knowledgeable efforts of people committed to quality community theatre and the arts, not a single performance would ever get off the ground.

Of course, securing the rights to shows, gathering materials, paying the bills, and keeping up the center all cost money, which is why Firehall is dependent on donations and ticket sales to keep itself operational. Many people in the community buy season tickets, which enable them to attend every show during a season, but if you’re just in town for a night or a week, you can also purchase individual tickets to shows. The price for adults is $18, and seniors, children, and students are just $16.

Over the years, almost every type of productions has been performed. From Shakespeare and Chekov to modern dance, the sky has always been the limit. If you’re planning on coming to town over the month of April, two plays will be showing: “Dead Metaphor,” which will take place between April 2nd and April 23rd, and “Just Words,” which will show between April 27th and April 30th.

Regardless of the time of year, however, there’s always something worth giving your time and self over to at the Firehall Arts Center — just one more reason Niagara Falls makes for such a great vacation destination.

← When It’s Raining in Niagara…

Wings For Life: A Run You Don’t Want to Miss →