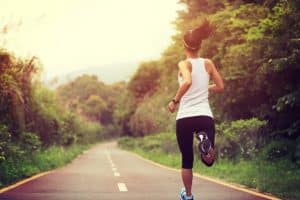 Well, the Niagara region is full of opportunities to lace up your sneakers, and if you’re looking for a run to coincide with your May vacation, Wings for Life has the perfect one for you. Set to take place on May 8th, it’s a race that will be happening all over the world, and you can take part in it here in Niagara Falls.

About Wings for Life

Wings for Life is a non-profit research foundation that’s working to find a cure for spinal cord injuries. The money they raise — including the money they’ll raise from this particular run — is used to fund clinical trials and scientific research all over the globe in a concerted effort to make spinal cord injuries and the paralysis that so often accompanies it a thing of the past. 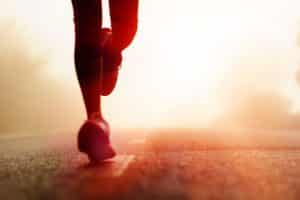 This year’s Wings for Life World Run will take place simultaneously throughout the world, and the organizer for the Niagara Falls race is Red Bull Canada. All over the planet, regardless of age, gender, or location, runners will set off at 7 a.m. EST. The race has no set distance, time, or finish line. It simply ends when each runner is overtaken by what’s known as the event’s “Catcher Car.”

The Catcher Car is a unique part of the Wings for Life World Run, and it works like this: At 7:30 a.m. EST — half an hour after the runners have already set out — every Catcher Car heads out on the race route all over the world, and they all maintain the exact same pace. As time passes, each car speeds up at the same rate and at the same time so that they’re all covering the same amount of distance and always going the same speed.

In Niagara Falls, the race begins at Kingsbridge Park and heads north along the Niagara Parkway until the intersection of the Parkway and Murray Street. There, runners will turn south so they can enjoy passing the waterfalls two times. For roughly eight more miles, the runners will stick to the Parkway before heading west into Fort Erie, and from there, they will race on country roads that will take them through Welland and Thorold all the way to Lundy’s Lane. In other words, you’ll see some beautiful sites along the way.

Regardless of why you run, the fact that you can is a blessing. Join in helping those with spinal cord injuries by participating in the Wings for Life World Run on May 8th. You’ll have an entire planet of runners to compete against, and the luscious backdrop of Niagara to run against.