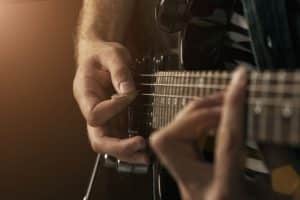 When it comes to hearing your favorite songs played by your favorite band, many of us content ourselves with putting on a record, a CD, or Pandora station. Maybe, we’ll even watch a YouTube video or concert special.

Well, Niagara Falls isn’t just a place where the best bands and musicians in the world routinely come to play. It’s also a place where the best tribute bands in the world come to play. If you’re planning on being in the Niagara Falls region for vacation in April, and you’re a lover of classic rock, Motown, or Irish rock and roll, you’re in luck. Three excellent tribute acts are slated to take the stage, and while they may not have penned the songs or made those songs famous, their presentation and performances are second to none.

Motown Records got its start in Detroit in the late 1950s, and for decades, that label could be counted on to put out some of the world’s most popular and enduring music. Home to chart-topping acts like Stevie Wonder, The Supremes, Marvin Gaye, The Temptations, and many more, Motown defined the sound of Black America, and the songs made famous by Motown are still some of today’s most treasured tunes.

From April 7th through the 16th at the Fallsview Casino Resort Avalon Ballroom Theatre, the tribute group Solid Gold Motown will revisit the songs and era of Motown’s hey day with an amazing live band and unbelievable singing. Tickets start at just $25.

Considered by many to be Canada’s best Pink Floyd tribute band, Floyd Factor has been impressing audiences far and wide for 10 years. Specializing in the Pink Floyd songs that mark the height of the band’s illustrious career — namely, those songs that were released between 1967 and 1980 — the show is just as revolutionary as the one Pink Floyd put on with a multimedia experience that includes live music, killer songs, video, lights, and lasers.

If you’ve always wanted to catch Pink Floyd live, Floyd Factor is the next best thing. They’ll be performing live at the Seneca Queen Theatre at 8 p.m. on April 23rd. Tickets start at $24.75. 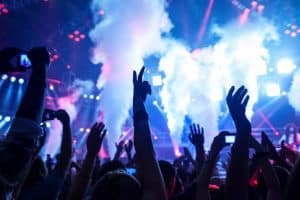 3. The International U2 Tribute — Desire

The following weekend at the Seneca Queen Theatre will feature Desire, a U2 tribute band that has a lot more in common with the real U2 than just a set list. Friends since high school just like the band whose songs they’ve mastered, The International U2 Tribute — Desire leaves audiences feeling as though they’ve just experienced Bono, Adam, The Edge, and Larry live in concert.

Hear songs from every album across three decades of amazing pop and rock and roll music. If you love U2, you owe it to yourself to get to the Seneca Queen Theatre on April 30th at 8 p.m. Tickets start at $19.75.

Get your fill of great music with a trip to Niagara Falls. As these three tribute acts show: There’s always something good going on in Niagara.

When It’s Raining in Niagara… →