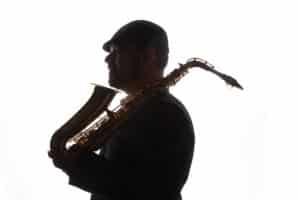 A beautifully restored theatre located in downtown Niagara Falls, the Seneca Queen Theatre is where locals and visitors alike catch world-class films as well as live music, plays, comedy, and more. Built in 1941, the theatre has an illustrious history that includes hosting the 1953 premier of the Marilyn Monroe-starring film, “Niagara.”

As a venue, it’s gone through many changes over the years, but today, it seats 300 for a comfortable and intimate experience that’s unique to the place. If you’re looking to take a vacation to Niagara Falls this spring, put the Seneca Queen Theatre on your itinerary. Here are just a few of the events slated to take place.

For fans of Supertramp, Dreamer just might be the closest thing you’ll ever get to experiencing the real thing. An eight-piece cover band that includes everything from saxophone and trombone to vintage 1970s keyboards and stellar vocal arrangements, Dreamer recreates every intricacy of Supertramp’s famous and difficult-to-capture sound, and they’ll do so on March 5th at the Seneca Queen.

Supertramp was one of the most popular rock and roll bands of the 1970s, selling over 60 million records around the world. Hits like “The Logical Song,” “Take the Long Way Home,” “Bloody Well Right,” “Cannonball,” and “Dreamer” — the song from which the cover band takes its name — are staples on classic rock stations and in movies and television. For an unforgettable night of some of your favorite British rock songs, Dreamer is a can’t-miss event with tickets starting at just $24.75.

This three-person tribute show takes place on March 6th at 10 a.m., 1 p.m., and 4 p.m., and if you’re traveling to Niagara with children — or if you just happen to love the movie — it’s the perfect way to experience the fun and magic all over again. Watch as the Ice Queen and Ice Princess, along with their snowman retell the classic tale with all your favorite songs from the hit movie.

Regular admission is $25, and VIP tickets cost just $35 and allow ticket holders to get souvenir photos of themselves with the cast. 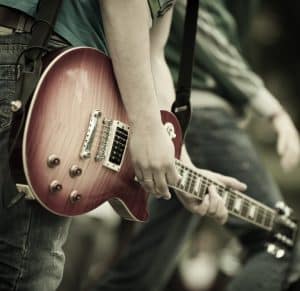 One of Canada’s most celebrated R&B singers, entertainers, businessmen, television personalities, authors, and newsmakers, Frank D’Angelo has had an interesting career and life, complete with brewery ownership, a sexual assault scandal, a lengthy music recording career, and much, much more.

He will be in concert for one night only at the Seneca Queen Theatre on Saturday, April 16th with a 15-piece band, and tickets are just $25. Fresh out of the studio with his 8th studio album, D’Angelo will sing classics as well as original songs that borrow from the unforgettable sounds of Motown, blues, jazz, and R&B from the 60s, 70s, and 80s. Expect high energy from this night of unforgettable music.

Get your entertainment in Niagara Falls at one of the area’s most famous and most treasured venues. Whether you take in a classic movie or one of these three musical events this spring, a night or day at the Seneca Queen Theatre is always something that’s easily enjoyed and fondly remembered.

4 Reasons to Stay at the Niagara Falls Crowne Plaza Hotel →