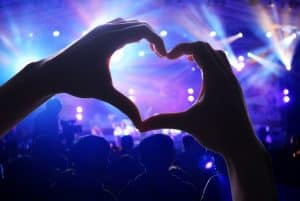 Whether you’re someone who goes to hear live music and musical theater on a regular basis, or you’re someone who only dives into a live music experience now and again when it’s someone else’s idea, the Niagara region provides plenty of opportunities throughout the year for music experiences of all types. Even in what some consider to be the “off-season,” world-class concerts routinely occur. If you’re planning an escape to Niagara this December, make sure you leave a little room in your schedule to feed your soul with sound. Here are three music-centered events that just might become the highlights of your December.

One of the most beloved characters, stories, and musicals of all time, a live production of “Mary Poppins” is coming to the Scotiabank Convention Centre the first and second weekends of December. Whether you’ll be in town with your children in tow or not, the story of this magical, singing, and flying nanny is too charming not to be loved by all. The musical adaptation of the movie and books has been a massive Broadway hit, garnering nine Olivier awards and seven Tony awards, one of which was Best Musical. If you loved the movie as a child, be sure to reserve tickets so you can see it come to life in front of your eyes. Shows will be December 4, 5, 11, and 12 at 7:30 p.m., and there will also be matinee options on the Saturdays — the 5 and the 12 — at 2 p.m.

Everyone’s heard of an Elvis impersonator, but an Elton John impersonator? While it isn’t as common, the music and showmanship of Elton John is every bit as worthy of imitation as The King’s, and Ron Camilleri — the mastermind and showman behind Elton Rohn — is exemplary at it. When Elton John first burst onto the scene in the 1970s, his show was all glitz and visceral rock and roll. Ron artfully undertakes this period of the singer-songwriter’s life for a concert that feels totally authentic. Backed up by a live seven-piece band, Elton Rohn looks, feels, and sounds like the real thing. A one-night-only show, you can see Elton Rohn at the Seneca Queen Theatre on December 5 at 8 p.m. 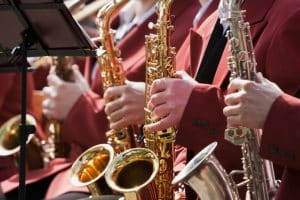 Another show set to take place at the Seneca Queen Theatre, the Jimmy Stahl Swingin Big Band Christmas show offers a Sinatra-like big band experience that features some of the best musicianship in all of Canada. With Michael Vanhevel crooning at the mic, it’s a big band experience that combines the popular Christmas music, which makes it absolutely perfect for anyone looking for a holiday concert experience. The show is one-time-only, and will take place at 2 p.m. on December 19. Perfect for families, couples, or anyone who wants to sink back into the sounds of yesteryear, tickets are just $25 a person.

Give your ears a reason to love your Niagara vacation by taking in one or all of these three December music opportunities. From “Benny and the Jets” and “Chim Chim Cheree” to “Chestnuts Roasting on an Open Fire,” some of your favorite songs can be heard in Niagara this holiday season.