July 1, 2019 will be a special day at the Crowne Plaza Falls.  The hotel which opened on Canada Day in 1929, will mark 90 years in business.  Over the course of history, the Crowne has seen hundreds of thousands of guests from around the world grace its doors and has hosted countless dignitaries.

The elegant hotel is a landmark on the Niagara Falls skyline, and is still considered as the grand lady of hotels, however before the Crowne Plaza there was the General Brock Hotel.   The hotel was named for Major General Sir Isaac Brock, the military commander of the British and Canadian forces.  In 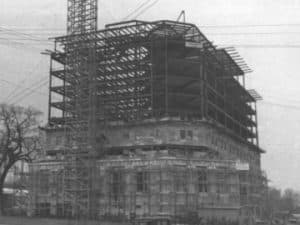 the early months of the War of 1812, Brock led a fierce battle along the Niagara riverside and is a key figure in Niagara’s history.  The hotel changed its name and became the Crowne Plaza in 2008 when joining the Intercontinental Hotel Group.

Since day one, the hotel has been revered for grace and refinement.  The commitment to these pillars has continued with extensive time and resources allocated to preserving, enhancing and modernizing the original elegance.  In its time, the hotel has undergone several renovations which have included the addition of 2 floors to expand what was the Fallsview Rainbow Dining Room,(now Prime Steakhouse), also the addition of the ornate Ballroom with signature crystal chandeliers, and several rounds of guestroom renovations that ensure visitors have access to the first rate amenities expected of 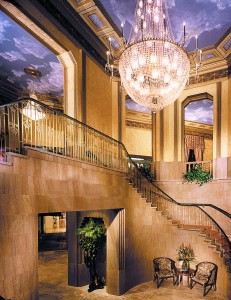 The hotel’s reputation and location across from the Falls has drawn the attention of numerous luminaries throughout the years. Notable guests include Walt Disney, Jimmy Stewart, Shirley Temple, Canadian Prime Minister Pierre Trudeau, and Princess Margaret (sister of Queen Elizabeth II).  More recently, the hotel has 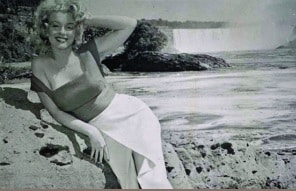 welcomed Bruce Willis, Sylvester Stallone, Matt Dillon, Jackie Chan and was featured in the movie “The Whole Nine Yards”.   Perhaps the most notable star to stay is Marilyn Monroe, who along with co-stars Joseph Cotton and Jean Peters, called the hotel home while filming the movie “Niagara” in 1952.

To learn more about the history of the hotel, view our brochure “A Look Back in Time”  and to experience the hotel for yourself, check out our rooms or getaway packages.