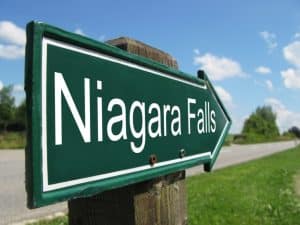 You’re on the vacation of a lifetime. You’re dining out at a lovely restaurant, the food is divine, the service is impeccable, and you have a sweeping view of Niagara Falls as the sun begins to set. You finish your dessert and drink the last of your bottle of local wine. Then the bill comes.

If you’re American this is where the questions come in. To tip or not to tip?

Gratuities and the practice of to whom and how much can be one of the most confusing parts of traveling. In some countries it’s standard practice to tip 20 percent when dining out, but in other countries the tip might be included in the bill. How can you tell and what should you do during your visit to Niagara Falls, Canada?

We’ve broken some of the most common services that require a tip so you can be confident that you’re leaving the right amount in the right situations.

In many ways tipping in Canada is very similar to tipping in the United States. If you’re dining out at a full service restaurant, 15 to 20 percent of the total bill before taxes is expected as a gratuity. If you’ve received exceptional service then by all means bump that figure up to 25 percent.

If you’ve received subpar service eliminating the tip might not be the best practice. Talk to the management first to see if there are problems within the restaurant that have nothing to do with your server. They may be a few hands short in the kitchen or have a mechanical problem that the server has no control over.

If you’re at an establishment that offers counter service, such as deli, tipping is not required, but you may see a tip jar on the counter. Again, leaving a tip here is entirely up to you but most people simply take the change from their purchase and leave the coins behind as a tip. 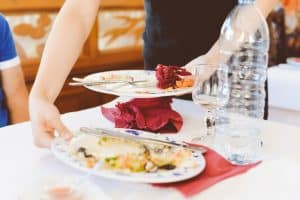 You’re likely to interact with your hotel staff more than you will any other people on your Niagara Falls vacation so it’s important to tip them appropriately. Hotel employees work hard to ensure that each and every guest has a comfortable stay but tipping hotel staff can be a bit confusing.

Porters, the staff members who carry your bags to your room, are generally tipped $1 per bag and you may want add an extra dollar or two if your bags are particularly large or unwieldy.

Concierge staff should be tipped for exceptional services such as securing tickets that are difficult to get or they’ve planned an extensive itinerary for you, and this tip should be about 10 percent of cost of the services they’ve arranged.

Your housekeepers should be tipped at the end of your stay to the tune of about $3 per night or more if the housekeeping services are exceptional or you’ve had extensive special requests.

Tipping and the customs surrounding it can be confusing for travelers. However, as Canada’s tipping practices are similar to those of the United States that can make it a bit easier to figure out. So enjoy your trip to Niagara Falls and the professional service you’ll find in most establishments, and tip accordingly.