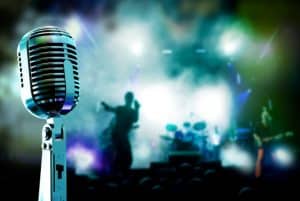 Ask anyone who’s ever taken a Niagara vacation what their favorite part of the trip was, and if you take the time to ask 100 different people, you’ll get 100 different answers. From great hiking and biking trails, bird watching, and farmers’ markets to amazing casinos, theatre, restaurants, shopping and gambling, the region is alive with grand and unique offerings that cater to people of vastly different tastes and interests. It’s almost as if there were as many Niagara Falls as there are tourists who make the visit.

Still, the two items that tend to stay near the top of even the most divergent lists are almost always our waterfalls and wine country, and while these routinely — and deservedly — catch everyone’s eye, the world-class musicians that tour through the area to play at the Fallsview Casino Resort’s Avalon Ballroom could also be a must-experience attraction. If you’re looking to take a vacation to Niagara Falls this June, and you’re wondering what your favorite part of the trip is going to be, you may not need to look any further than these two shows.

A Grammy Award-winner, bestselling author, and actor, Rick Springfield is known to most people as the voice behind such hits as “Don’t Talk to Strangers,” “I’ve Done Everything for You,” “Human Touch,” “Love Somebody,” and “Affair of the Heart.” Originally from Australia, Springfield moved to the United States in 1972, and he found super-stardom in 1982 with his first number one hit, “Jessie’s Girl.”

While a string of other hits followed, Springfield has also starred in a number of television shows starting in 1981 and continuing until today, including “High Tide,” “Ricki and the Flash,” “General Hospital,” and “True Detective.” In 2010, he published his autobiography, titled: “Late, Late at Night: A Memoir.” He’ll be displaying his amazing range as a singer, player, and performer when he takes the stage at the Fallsview Casino Resort for two nights, June 9th and June 10th. Tickets start at just $30. 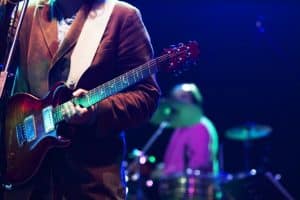 Right on the heels of Rick Springfield comes another musical legend. The multiple-platinum-selling band Starship takes to the Fallsview Casino Resort stage on Sunday night, June 11th, for a single Niagara Falls show. The band was a continuation of personnel from the bands Jefferson Airplane and Jefferson Starship, and as Starship, scored two number one hits off their first record, “Knee Deep in the Hoopla,” when it came out in 1985.

Over the years, they’ve been the force behind some of pop and rock music’s favorite songs, including “Sara,” “We Built This City,” “Nothing’s Gonna Stop Us Now,” “Wild Again,” “Before I Go,” and “Tomorrow Doesn’t Matter Tonight.” While the band has gone through numerous incarnations and lineups over the decades, their sound and songs remain just as palpable and unforgettable as ever. Led by the vocal stylings and raw energy of Mickey Thomas, seeing Starship in the flesh is an opportunity not to be passed up by anyone who loved listening to the radio in the 1980s and 1990s. Tickets start at just $25.

No matter what tops your itinerary when you come to Niagara this June, you’re sure to have a good time — especially if you grab tickets to either of these great acts.