Crowne Plaza Fallsview / Blog / The Musical Month of May In Niagara 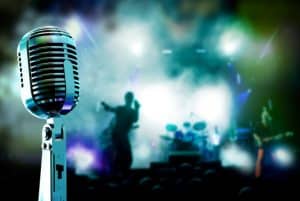 Niagara Falls is always a great place to enjoy a vacation, whether you love the great outdoors or a great casino. It’s a place where fun and memorable times can be had by almost any type of person. And, thanks to our reputation as a world-class tourist destination, a lot of great entertainment makes the trek to our neck of the woods—especially from the world of music.

Here is a look at just some of the great musical acts that will be taking the stage in Niagara Falls sometime during the month of May.

For lovers of classical singing and the opera, a night at Fallsview Casino Resort’s beautiful theatre is in order when the three tenors known as I Tenori come to town. Luca Vissani, Dionigi D’Ostuni, and Gianluca Paganelli are three exceptional vocalists and performers, and they’ll share the stage to perform classics that range from popular music—”Singing in the Rain,” “I Will Always Love You,” and “My Way”—to opera—”O Sole Mio” and “Una Furtiva Lagrima.” There are eight different opportunities to see this amazing act between May 4th and May 8th, and tickets start at just $35.

For two nights, May 12th and May 13th, one of the biggest rock bands in the world will take the stage at the Avalon Ballroom for an intimate performance that will showcase songs that range across their storied career.

A six-time platinum-selling band, 3 Doors Down first broke onto the world’s music scene in the early 2000s with their massive hit, “Kryptonite.” Fans can be sure they’ll also hear favorites like “When I’m Gone,” “Let Me Go,” “Citizen Soldier,” and “Here Without You.” Don’t miss this once in a lifetime chance to see this great act in a smaller theatre. Tickets start at just $50. 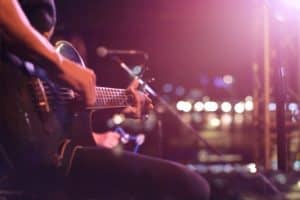 The frontman for The Philosopher Kings, Jarvis Church is a legendary Canadian singer and performer, who has enjoyed wide-ranging success with his band, as a solo artist, and as a record producer. One of the two co-producers of Nelly Furtado’s huge, first album in 2001, he has kept busy since then with other production gigs, including tracks for Esthero, K’naan, and Stacie Orrico. A fabulous performer and soul singer, he will be on stage at the Scotiabank Convention Centre one night only on May 14th. Tickets are $40.

An American pop singer who enjoyed a string of hits in the 1960s and ‘70s, BJ Thomas is slated to play the Fallsview Casino Resort’s Avalon Ballroom on May 21st. His biggest hit to date has been “Raindrops Keep Fallin’ On My Head,” but he also recorded and made popular songs like, “I Just Can’t Help Believing,” “Hooked on a Feeling,” “Whatever Happened to Old Fashioned Love,” and “Eyes of a New York Woman.” A five-time Grammy award winner, Thomas is still a compelling and electric performer and the chance to see him live shouldn’t be passed up. Tickets start at $25.

So, bring your love of music with you when you visit Niagara in May. Whether you can’t get enough of soul music, rock and roll, or operatic crooning, Niagara Falls has something you won’t want to miss.